You may have noticed the new addition of some blue-tinted specs to my day to day appearance. Well, there's a reason for that! Even though I have what is considered 'perfect' vision, my eyes developed permanent UV damage from overexposure to the suns harmful rays. This is not a new thing for me as I have been managing through it for a few years now. Overall, my vision is pretty clear but when you have this kind of damage, when looking at things are very bright (walls, lights, sunshine) I see what is called 'floaters,' i.e., tiny black dots that obstruct my vision. It can make my eyes really tired and water when I go from dark settings to bright. The concern with this type of damage is that over time it can become more problematic, and since UV is all around us, I have to wear UV protection as much as possible, including on overcast days to protect my eyes from getting worse. Think of it as sunscreen for your eyes - you make sure to put that shit on every day to protect your skin, so why wouldn't you have the same mentality for your eyes!

Well, unbeknownst to me, I was still not doing all that I could to protect my eyes.

Working in the social media world, then the tech space for so many years, I spent most of my days working with screens. Computers, laptops, iPads, iPods, cell phones, TV screens, monitors, aka anything that lit up, I looked at and worked on for long periods of time, every day. Over the years I noticed my eyes started to get tired faster, and the floaters became more prominent. My eyes would randomly water at times, and by the end of each day, my head would ache. I always assumed it was just that I was tired physically or that it was another migraine from my injuries - turns out I was WRONG. So, let me throw some Wiki info atcha: 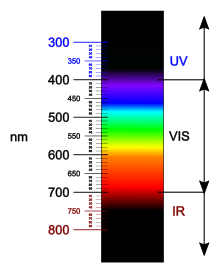 Blue light, a type of high-energy light, is part of the visible light spectrum
Blue light sources are becoming increasingly common in today’s environment. Exposure to blue light comes from a variety of technologies including computers, smartphones, televisions, and lights.[1][3] Much of the exposure arises from light emitting diodes (LEDs). Today, many white LEDs are produced by pairing a blue LED with a lower-energy phosphor, thereby creating solid-state light (SSL).[3] This is often considered “the next generation of illumination”[3] as SSL technology dramatically reduces energy resource requirements.[4]

Increasingly, people are exposed to blue light via everyday technology. The 2015 Pew Research Center study found that 68% of U.S. adults own a smartphone and 45% own a tablet computer. The study also found that levels of technology ownership vary by age; 86% of Americans 18-29 and 83% of those 30-49 own smartphone.[5] Younger Americans also use high rates of blue light technologies. The survey of Common Sense Media in 2013 also demonstrated that 72% of children age 0–8 years old used mobile devices for watching videos, using applications or playing games.[6]Moreover, 93% of teens owned a computer or had access to one at home.[7] In contrast, smartphone ownership and computer rates are lower for older Americans.[5]

Blue light exposure has been shown to impact health. Natural exposure to blue light during the daylight hours boosts people's energy, alertness, and mood.[8] However, elongated exposure to the waves transmitted through screen devices during the evening can disrupt the circadian rhythm and cause various health effects including a disruption in normal sleep schedules.[9] Scientists believe this is caused by blue-light-sensitive intrinsically photosensitive retinal ganglion cells suppressing the production of melatonin and/or stimulating the suprachiasmatic nucleus of the hypothalamus.[10]' - wikipedia


HOW CAN YOU PROTECT YOURSELF FROM BLUE LIGHT?
You know those 'boots with the fur'? Enter my nice new specs with the blue tint lens. These bad boys have ALREADY made a considerable difference in my day-to-day functioning. I wear them whenever I'm at home watching TV, working on my computer, whenever I work on my phone (which, let's face it, is A LOT) and it's made a significant impact on how I feel by my day's end. I no longer have headaches that creep up on me, I sleep better, and my eyes don't feel like they have pressure building or that they are struggling to function. It also helps in a big way that they look great too!

WHERE CAN YOU GET THEM?
I got both my Tom Ford frames and blue light protective lens from my favorite optical guru, Sue Randhawa from The Optical Boutique in Kerrisdale. As I'm sure you've heard, she is an expert in fashion and eye-styling, so whenever I get the excuse to need something related to frames, she's my number one. She helped me find the best options for what I needed and had them ready for me in no time! There are also lots of cost-effective options available online, but I am very picky about how my frames should look, feel and fit so taking a gamble and jumping into making a purchase online was not an option for me. Especially since I trust Sue and her recommendations so much! Soon, I'll have a couple of pairs available for me so I can always have one on hand when I need to work, much like how I always carry sunscreen with me rain or shine, and how I never skip my gym time. We only have one body to work with so making my health (eyes included!) a top priority is non-negotiable! Give it some thought and see if this is beneficial for you - it's often the small steps we can take in the early stages that make the most impact in the quality of our life long term, especially since studies on blue light effects is showing some pretty scary health effects.

Being called 'Four Eye's' has never been so stylish!

Thanks for the read, and please give us a share!